Women face challenges in life that range from the right lip colour for your outfit to controversial gender inequality issues. Somewhere in between these challenges we find the problem of the Fuckboy. This word has been around for at least a decade with different meanings; it’s only in about the last year that it has become so frequently used by women and girls to refer to their “hook-ups”

“A ‘fuckboy’ is a man who sleeps with women without any intention of having a relationship with them. One definition that stood out for me was “A Fuckboy is an insecure little boy who doesn’t know how to be a man, that hides behind ego and lies while utilizing manipulation tactics to make himself seem greater than what he truly is”. His main aim and goal in life really is to score women.

The reason behind my focus on the Fuckboy Complex is based on my four E’s mission:

This article is based on my own life experience and interviews with many women who have had the same unfortunate encounter. Included in my research is an interview with an actual fuckboy so we can get insight on their thinking and feelings during the “hook-ups”. I feel this topic is very pertinent as the term Fuckboy describes more than just a selfish, inconsiderate man but instead describes a culture – the culture of men disrespecting women. So as women who recognise their worth, what are we going to do about it?

How to identify a Fuckboy:

A fuckboy is recognizable by his objectionable actions. I always say you know one when you see one. However some of the key identifiers are as follows:

Many may not have all the traits listed above but one thing is for sure, they will push for sex and not want to commit to you after that. They don’t usually disappear from your life completely and they are constantly looking for you. I have categorised them into two sub divisions, the “Under Cover Fuckboy” and the “Overt Fuckboy”. For me, the undercover is the worst, as he will lead you on in the most disgusting way, treat you like a girlfriend and give you false hope. They nurture your feelings and manipulate you into believing he is the real deal. Overt is not any better but in the very least you are aware of what you are getting yourself into and who you are really dealing with. From the get go you are aware of their intentions which don’t go beyond using you. What determines a fuckboy is what’s found within his heart – or rather, what’s not found i.e. the little big things such as integrity, moral fibre and compassion. Actions reveal character. He doesn’t know your middle name, didn’t get you anything for your birthday, and only asks to hang out when you’re not on your period. Doesn’t care to meet your family. Claims relationships just aren’t for him. In a couple months he’ll be gone and you’ll be hurt. That’s all there is to it.

Lets get equipped – How to Deal with the Fuckboy

Ignore him and pray.

I wish I could just leave it as is but most of us need a reason, an explanation, a WHY, some convincing. You are under the notion that yours is different and ignoring him will not work, well sweetie you allow it. This boy is not into you, never was, never will be. The sooner you grasp that, the better for everyone. Ignoring him is you showing him he has no power over you. The only reason he keeps coming back is because you keep entertaining him not because you are special to him….don’t get those two elements confused.

People have different methods of ignoring, I wouldn’t recommend anything really. Ignoring can be responding with a “No thanks” each time he suggests something. If he asks why, you can choose not to respond at all. Blocking is another extreme method of ignoring. Women have been doing battle with Fuckboys longer than Israel vs. Palestine, and they have an entire block list of “Hey Stranger,” texts to prove it.

Pray for your heart, you can’t heal it on your own, that’s why God is there, to look out for you in that way.

Ignore him and pray

The real problem of having a fuckboy and keeping him

So we have touched on actual physical things to do to move forward from one but we need to deal with the emotional struggle that comes with it. Some of you are under the impression that they are in love, I however, beg to differ. Being stuck on a fuckboy, regardless of the situation, shows to a large extent a lack of acknowledgement of who you are as an individual. You are not respecting yourself enough. This brings me back to my first Blog Post entitled “Love Yourself First”. How can you expect someone else to love you when you don’t. Understand that there is something better for you out there, someone who’s not afraid to love you and the longer you hold on to your current time waster the less likely you will meet this gentleman because your eyes are fixed on the wrong. The cycles of emotional abuse change you as a woman. You start having a low self-esteem, trust issues creep in and you don’t move forward in life. There is no reason what-so-ever to keep holding on to this toxic individual. You need to trust that the moment you let go you will find something better or something better will find you. They are emotional vampires….understand this fact. 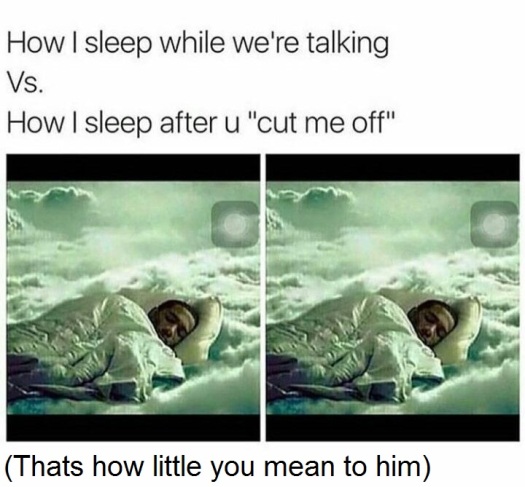 What does the fuck boy have to say

As mentioned before, I will interview an actual fuckboy so we can have insight from both sides.

Question 1: Are you aware of the extent of damage your actions have in a person’s life?

Question 2: Do you care about the damage?

Answer: Not really, No

Question 3: How do you choose your prey, do you go by targeting easy prey or what?

Answer: It’s about appearance and willingness. If you are cute and willing to go along with it then that’s all there is to it. Obviously I look at the extent of which she is willing to go so I change my strategy to suit her personality but the end goal remains the same, to get what I want and get out. Just because I bought flowers for girl 1 doesn’t mean I like her more than girl 2, she’s just harder to impress.

Answer: Well I don’t expect to spend the rest of my life chasing skirt, I do have ambitions to settle down and have a family, but for now let me enjoy life the best way I know how.

Question 5: Why don’t you ever go away, or stay away forever. You constantly come back with your “hey stranger” texts?

Answer: Hahahahaha, Its less hustle. She is familiar ground, lot easier than going out there to look for fresh blood

Question 6: Do you ever get attached?

Answer: Nah, hardly ever. Look sometimes you meet a girl and she’s nice. On the rare occasion you can start liking her. But unfortunately that doesn’t happen too often. Liking her however won’t necessarily stop you from talking to other women. To a great extent all you are is nothing but a number in my life and I’m a man, I don’t get attached regardless of what you do. If I’m not into you I’m not into you. This is something I know from the first 5mins of meeting you.

So women, I’m hoping this article helps someone out there. It’s pretty simple really…GET OUT OF IT! When a man loves you, you will know it, you will never question his intentions because he makes them clear as daylight.

9 Replies to “The Fuckboy Complex” 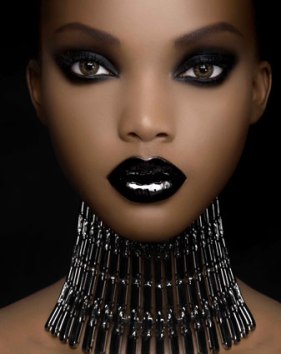 Her back bone, our roots 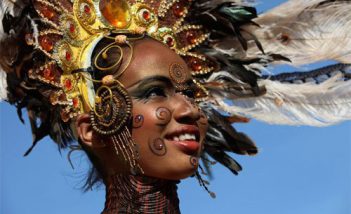 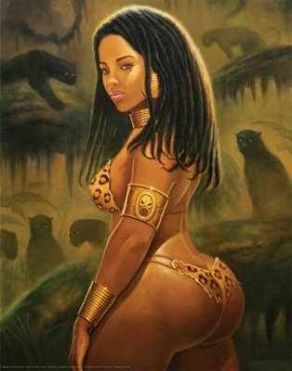 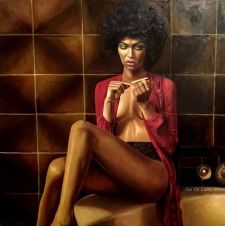